This product has been discontinued. You may be interested in:

Nature’s Sunshine has harvested the most healthful fruits and nutritional supplements from around the world and combined them into one delicious, nutritious juice: Thai-Go with Pericarp Extract.

Thai-Go™ beats Xango™ better than 2 to 1. It also beats MangoXan™ by 3 to 1 in Oxygen Radical Absorbance Capacity (ORAC).

Compare Prices with Xango (Based on Purchase of Four (4) 25 oz. bottles) Nature’s Sunshine Products Advantage
NSP carefully researched ingredients high in antioxidant activity and selected only the best for this formula. In a study conducted by an independent laboratory, Thai-Go clearly outperformed other leading competitors in ORAC capacity (a measure of a product’s antioxidant strength).1 The extract of mangosteen fruit and pericarp significantly contributes to Thai-Go’s high xanthone content.

Scientific Support
Antioxidants are getting increasing attention from the scientific community. Promising studies have led the USDA to state, “Eating plenty of high-ORAC fruits and vegetables – such as spinach and blueberries – may help slow the processes associated with aging in both body and brain.”

Xanthones have also attracted attention from scientists and researchers who are discovering that these compounds support the immune, structural and digestive systems, and the brain and the skin.

• Mangosteen Fruit Juice contains antioxidants and xanthones – compounds that offer immune and cardiovascular benefits. This tropical fruit is highly praised for its luscious flavor while offering one of the greatest known supplies of xanthones. Two of the most beneficial xanthones are alpha mangostin and gamma mangostin. These compounds have been shown to be antibiotic, antiviral, antifungal and anti-inflammatory with histamine-blocking actions.

• Wolfberry Lycium Fruit Extract contains a wide variety of phytonutrients such as amino acids, polysaccharides, vitamins, minerals and antioxidants, which enhance the immune system and protect against cellular damage. These berries are used in China as a blood, liver and kidney tonic.

• Sea Buckthorn Fruit Extract – The wholesome berries of sea buckthorn contain trace amounts of vitamins A and E as well as superoxide dismutase (a powerful antioxidant), minerals, flavonoids and amino acids to help the body use oxygen effectively and increase energy. The berries are very high in vitamin C and have been used to enhance the immune system’s ability to resist infection.

•  Resveratrol is a polyphenolic phytoalexin, a chemical compound that acts as an antibiotic in plants that are under attack by foreign organisms. Resveratrol is produced by several plants and is found in the skin of grapes; in peanuts; in berries of the Vaccinum species, including blueberries, bilberries and cranberries; in some pines, such as Scots pine and the eastern white pine; and in the roots and stalks of giant knotweed (Polygonum sachalinense) and Japanese knotweed (Fallopia japonica, Polygonum cuspidatum, Reynoutria japonica).

Previous studies have indicated that resveratrol may extend the lifespan of some non-mammalian animals such as yeast, worms and vertebrate fish. Recent research led by investigators at Harvard Medical School and the National Institute on Aging found that resveratrol increased the lifespan and the quality of life in obesity. Resveratrol also reversed nearly all of the bodily changes found on high-calorie diets, including those associated with diabetes, heart disease and other significant diseases related to obesity.

According to the scientists, these are positive clinical indicators and show that resveratrol may safely reduce many of the negative consequences of excess caloric intake, with an overall improvement in health and survival. It is believed that resveratrol may activate SIRT1, a gene associated with longevity.

It’s important to note that these studies examined the benefits of isolated resveratrol and the benefits associated with the consumption of wine may not be as significant. The resveratrol content of wine is highly dependent on grape type, climate and practices used to make the wine. Unfermented grape juice does not contain resveratrol.

However, scientists have long known that a moderate intake of alcohol and red wine in particular, is associated with a lowered risk of heart disease and other benefits. It is believed that the “French paradox,” or the fact that people in France enjoy a high-fat diet yet suffer less heart disease than Americans, may be attributed to the consumption of resveratrol in wine.

• Blueberries have gained attention of late as being among the easy-to-find fruits with highest antioxidant levels. They are rich in anthocyanins which have a protective effect against free radical damage to the eyes and blood vessels.

• Decaffeinated Green Tea Leaves Extract offers antioxidant protection and is lauded by the Japanese for increasing longevity due to the polyphenols in green tea leaves. 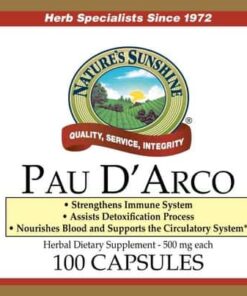 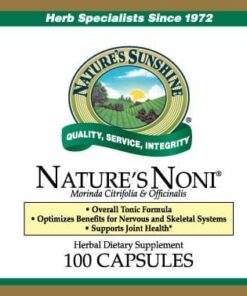 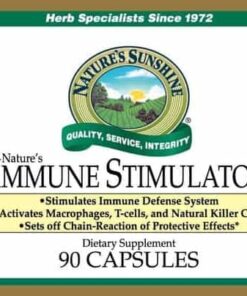 $16.25
Add to cart
We use cookies to ensure that we give you the best experience on our website. If you continue to use this site we will assume that you are happy with it.Ok