In Russia, demand is high for this herb which has led to farms that produce 2,000-4,000 lbs. of the herb annually. It has been used topically for swollen breasts, sciatic pain, ulcers, old sores and wounds. It can also be used as a mouthwash to heal diseased gums and eliminate mouth odors.

Experiments were done with viruses, similar to HIV, giving SJW extract. The virus’ progress was halted. This led to testing on human HIV and AIDS patients The results are inconclusive, though anecdotal information reports a significant improvement in some patients.

The world has come to know this yellow-flowered herb for its wonderful benefits to the nervous system, specifically for help with mild to moderate depression. Millions in Europe have felt its helpful effects. But millions of Americans – an estimated 15 million – who have symptoms of being “down in the dumps” at any given time, may not realize the potential of this natural supplement.

Traditional use of St. John’s Wort includes supporting mood improvement, balancing the emotions, and improving feelings of self-worth and self-control. St. John’s Wort contains at least 10 active constituents. Numerous studies show that one of these, hypericin, appears to act similar to MAO inhibitors and serotonin-reuptake inhibitors, elevating mood and acting as a mild sedative.

For year scientific attention to St. John’s Wort has been focused on hypericin. Recent studies have shown that another constituent, hyperforin, may have more powerful mood-enhancing, spirit-lifting properties.

The Brittish Medical Journal recently published a study that compared head-to-head a standardized extract of St. John’s Wort with a prescription antidepressant drug.  The randomized double-blind reference-controlled trial showed that patients using the herb experienced significantly better improvement in their depression as measured by the Hamilton Depression Rating Scale.  Researchers also noted that St. John’s Wort users experienced significantly fewer adverse side effects than the drug.  All of the patients 18 to 70, had been diagnosed with moderate to severe levels of depression.  NSP M.E. 05/05

Cautions
It has been reported that livestock grazing in pastures with SJW have developed extreme photosensitivity which leads to serious sunburns accompanied by blistering. The remedy is to limit the exposure to sun either by shading the animal or by painting the animal with dark-colored dyes. The long use of SJW in herbal medicine suggests that these complications are not as serious in humans, although some photosensitivity has been reported by AIDS patients treated with SJW.

Avoid exposure to strong sunshine and tanning rays (tanning salons) while taking this product. Consult your health care provider before using this product if you are taking prescription anti depressants, including selective serotonin-uptake inhibitors, as well as any MAO inhibitors.

Customer Comments
PMS and Mood Swings “About four months ago my doctor prescribed Prozac for treating my PMS symptoms (i.e., mood swings, teary days, frustration). I was told it would take a month or two for the medicine to be most effective in my system. Although hesitant, I filled the prescription and began the “treatment.” After the first couple months I began feeling sleepy and tired most of the afternoon. Although the PMS symptoms seems a bit better, the constant sleepy and tired feeling seemed to outweigh anything positive about the treatment. I began thinking about alternatives. One afternoon, while waiting on a friend for lunch, I just happened to be parked in front of “The Herbs Place.” After consulting my pharmacist about quitting the Prozac, I waited a week for the prescription medicine to clear out of my system and began the herbs. Since I have been using the St. John’s Wort, I seem to have more energy, can stay awake past 8:30 in the evening, and just feel so much better. The best part is, I am taking something natural for my symptoms now and have not felt better in months.” Your friend in health

Recommended Usage
Take one capsule with a meal three times daily with one glass (8 oz) of water. 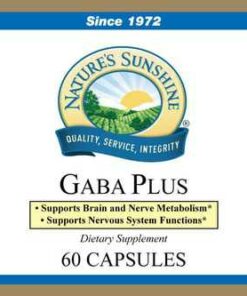 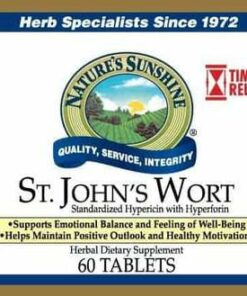 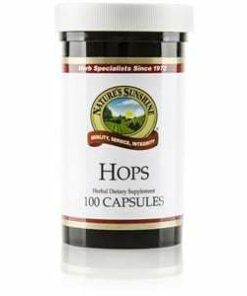 $18.75
Add to cart
We use cookies to ensure that we give you the best experience on our website. If you continue to use this site we will assume that you are happy with it.Ok